Hanna Jubran’s journey in art began when he left his hometown of Jish, a land of olive and fig orchards, under the dome of Mt. Jamak in the upper Galilee region of Israel.  His vision is to become an active voice for small communities that might otherwise get overlooked. His pieces are both exotic and familiar, like an embrace from a long lost relative.

Hanna’s work addresses the concepts of time, movement, balance and space. Each sculpture occupies and creates its own reality influenced by its immediate surroundings.

This sculpture depicts the lunar eclipse and celestial bodies in motion. 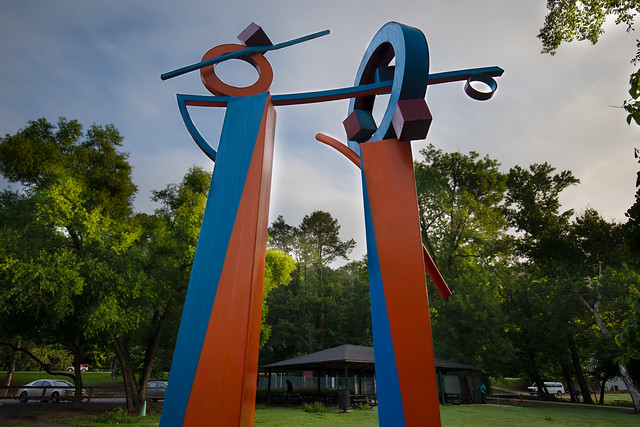 Roswell Arts Fund, an independent 501(c)(3) nonprofit organization founded to strengthen the scope of public arts in the city and to champion the ability of the arts to excite the imagination, strengthen public places, and encourage conversation.

As the designated Art Agency for the City of Roswell since 2015, RAF leads the implementation of public art initiatives as directed by the City and defined by the City’s Imagine Roswell Arts and Culture 2030 Study and the Public Art Master Plan.